“Karate has its origins in the small island of Okinawa which is now part of Japan. In its history, Okinawa was occupied by the Chinese and later by the Japanese. Both invading forces would not allow the people of Okinawa to carry arms and so the Okinawans, secretly, learned to fight with the open/empty hand; or in Okinawan, karate”

Shorin-ryu karate is one of the major branches of karate. It was born out of the fighting forms, techniques, and traditions practiced in the Shuri and Tomari villages of Okinawa. It is a blending of both Chinese and native fighting methods that includes simple strikes, vital target/pressure point attacks, and stand-up grappling. Legend traces the history of Shorin-ryu to two ancient Chinese masters, Iwah and Waishinzan. Iwah’s students were mainly citizens of Kume (e.g., Maesato and Kogusuku), although the great Matsumura of Shuri was also his student. Master Waishinzan’s students were from Kunenboya (e.g., Senaha, Gushi, Nagahama, Aragaki, Hijaunna, and Kuwae). A man named Higa Matyu was also Waishinzan’s student and it is from Matyu that famed Sakugawa Tode traced his fighting system.

Traditionally, the sons of the Okinawan aristocracy were given the privilege of studying in China. Some of their training included exposure to traditional Chinese martial arts. The main Chinese styles taught were Tai Chi, Chuan-fa, Pa Kua and Hsing Yi. It is believed that King Sho Tai of Okinawa sent Hohan (Sokon) Matsumura (1806-1895) to China for precisely this purpose. Matsumura was already considered an expert in Shuri-Te, the empty hand system taught in and around the main city of Shuri, and he was sent to increase his knowledge of Chuan-fa and Hsing-Yi.

Although it can not be known with certainty, it is likely that Hsing Yi influenced the development of Shuri-Te. It is reasonable to surmise that Okinawans visiting China would have incorporated elements of both indigenous Te and Chinese fighting systems. The result was a style that combined linear and circular movements, hard and soft techniques and internal and external training methods. The word Shorin means “Pine or Small Forest” and refers to the Shaolin temple of China and is a reminder of the chief influence of Okinawan karate.  Many of the advanced kata, are based on the techniques of Chinese figures, most notable among these being Kusanku and Chinto.

There are four main branches of Shorin-ryu: Matsubayashi, Shobayashi, Kobayashi, and Matsumura Orthodox or Saito.

In 1993, a group of former Funakoshi (SA) karateka, led by then Shihan Claude Johnson, identified the need to associate with a unique style of karate, steeped in tradition, but not yet established in South Africa. For this reason, Shihan Claude led a delegation that visited the USA to find a relevant organization that would fit these principles and values.

After many meetings, training sessions, and travels, this visit led to the creation of Shorin-Ryu Shorinkan South Africa on 15 January 1994.

Today, Shorin-Ryu Shorinkan Karate and Kobudo South Africa has been established as one of the foremost karate styles in South Africa and is represented in a number of regions across the country currently.

Shorin-Ryu Shorinkan Karate South Africa practices Kobayashi-Ryu as taught by our late Grandmaster, Shugoro Nakazato, and who’s son, Minoru has since taken over the title. As a national organization, we are affiliated to the Okinawan Shorin-Ryu Shorinkan via Kyoshi Pat Haley. 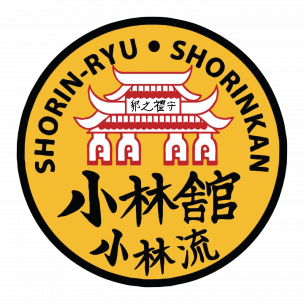 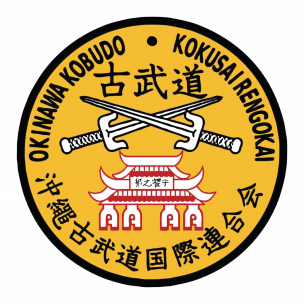 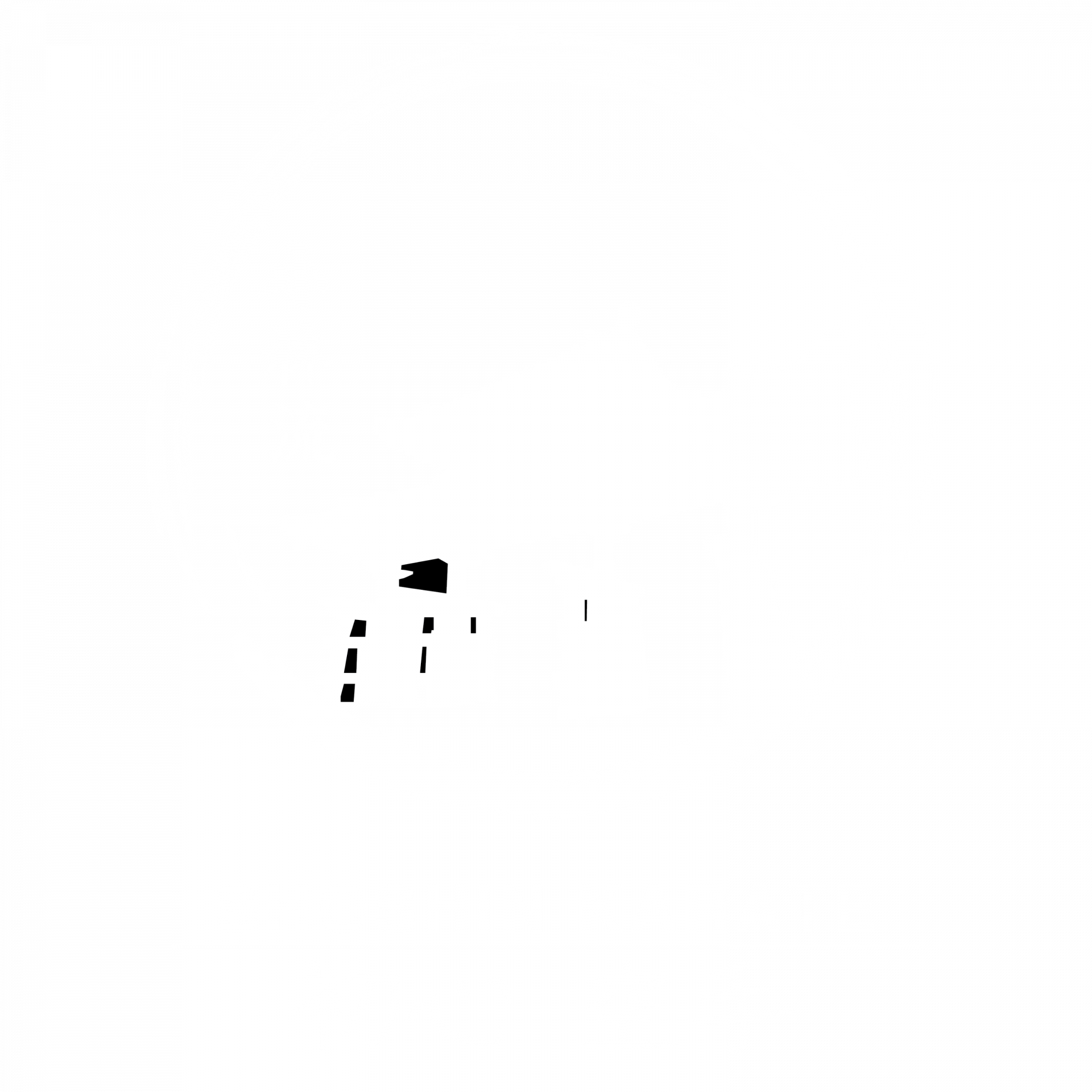 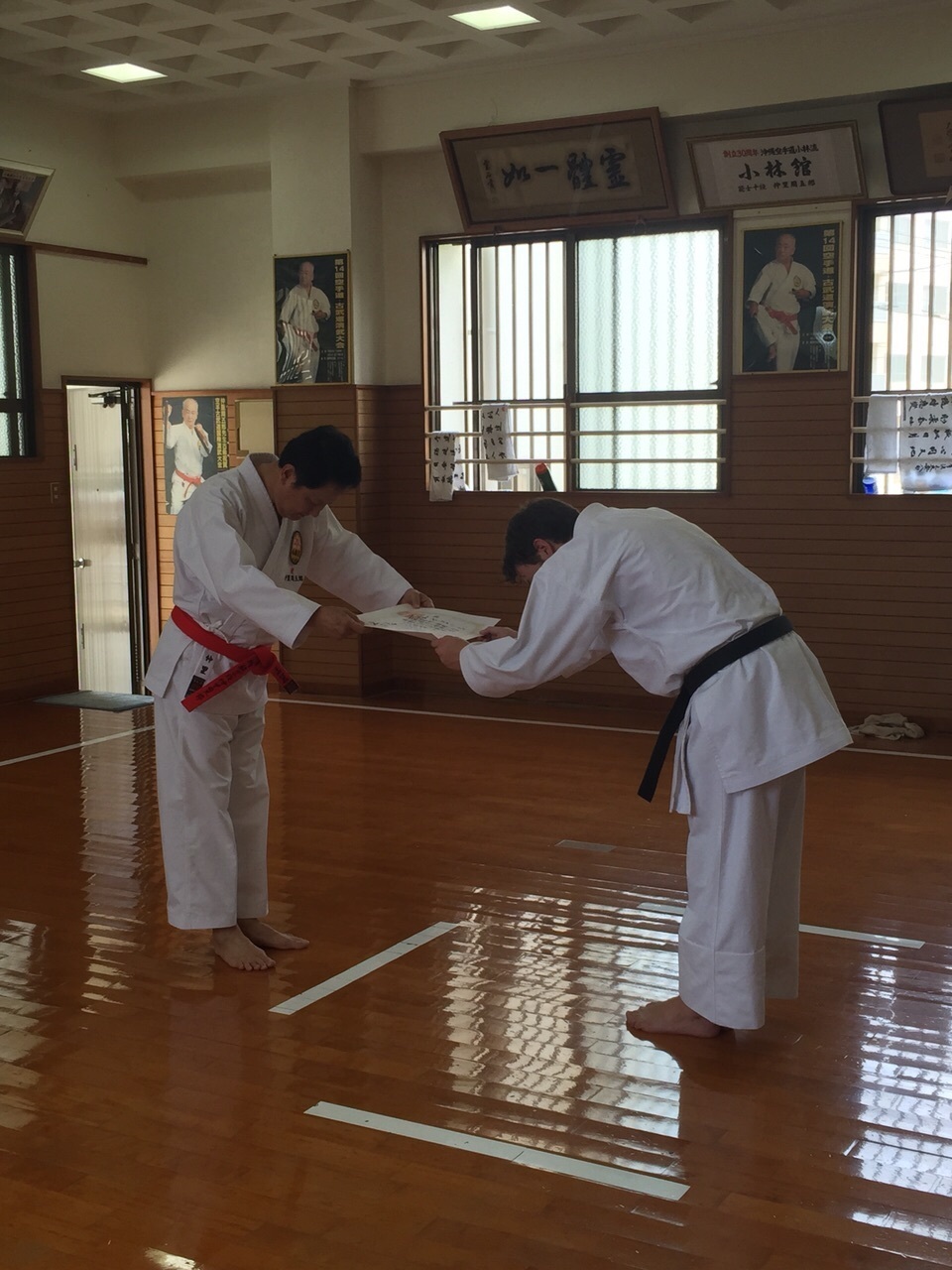 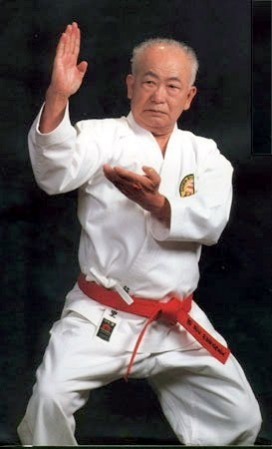 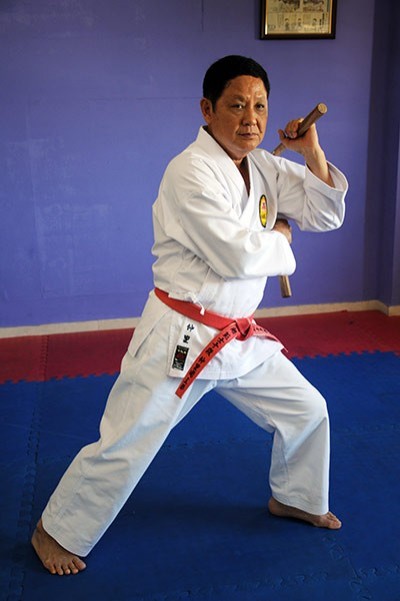 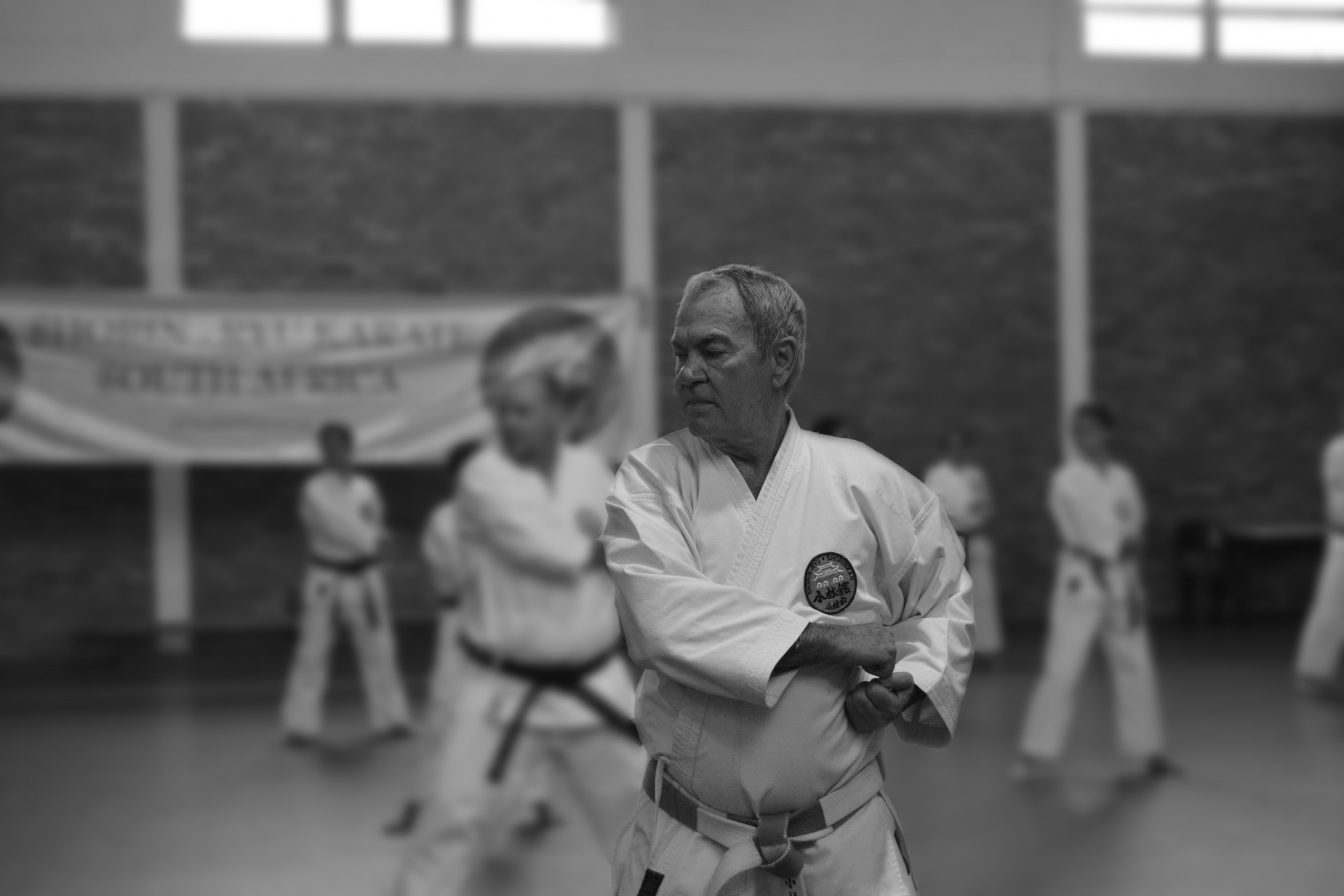 OUR NAME AND LOGO

Shoshin is a Japanese phrase that means "beginner's mind" and embodies the way we approach our karate journey. At Shoshin Karate we believe that the only way to continuously grow in karate one must remain humble and strive to continue learning.

The gate in the circle on the patch represents the Shurei-mon which is the Port of Courtesy, the second of six gates to Suri Castle in Naha, Okinawa, where the rulers of the Ryu-Kyu Islands resided - This same gate is represented on the Shorin-ryu Shorinkan Patch.

The kanji in the patch reads Shorin-Ryu and translates to “Small Forest” or “Young Forest” system of karate that we at Shoshin Karate practise.

The circle enclosing the patch symbolizes, like most karate patches, no beginning and no end, representing the never-ending study of karate and echoes the "beginner's mind".

THE STORY BEHIND SHOSHIN KARATE

Dylan is currenlty graded as a 3rd Dan in Shorin-ryu Karate and a 1st Dan in Okinawan Kobudo.

Growing in his love and knowledge of karate under Kyoshi Claude Johnson, Dylan has been afforded the oppurtunity to visit and experience traditional karate training and culture directly from the birthplace of karate, Okinawa.

Upon completing his studies in Port Elizabeth and subsequently moving to the Western Cape, Dylan has been granted the oppurtunity to open and run a Shorin-ryu Shorinkan Karate dojo in Somerset West under direct mentorship from Kyoshi Claude Joshnson.

And here we are...Shoshin Karate was founded in April 2021.

Dylan has a passion for teaching traditional Okinawan Karate and is looking forward to passing on the knowledge he has gained over the years to his students. 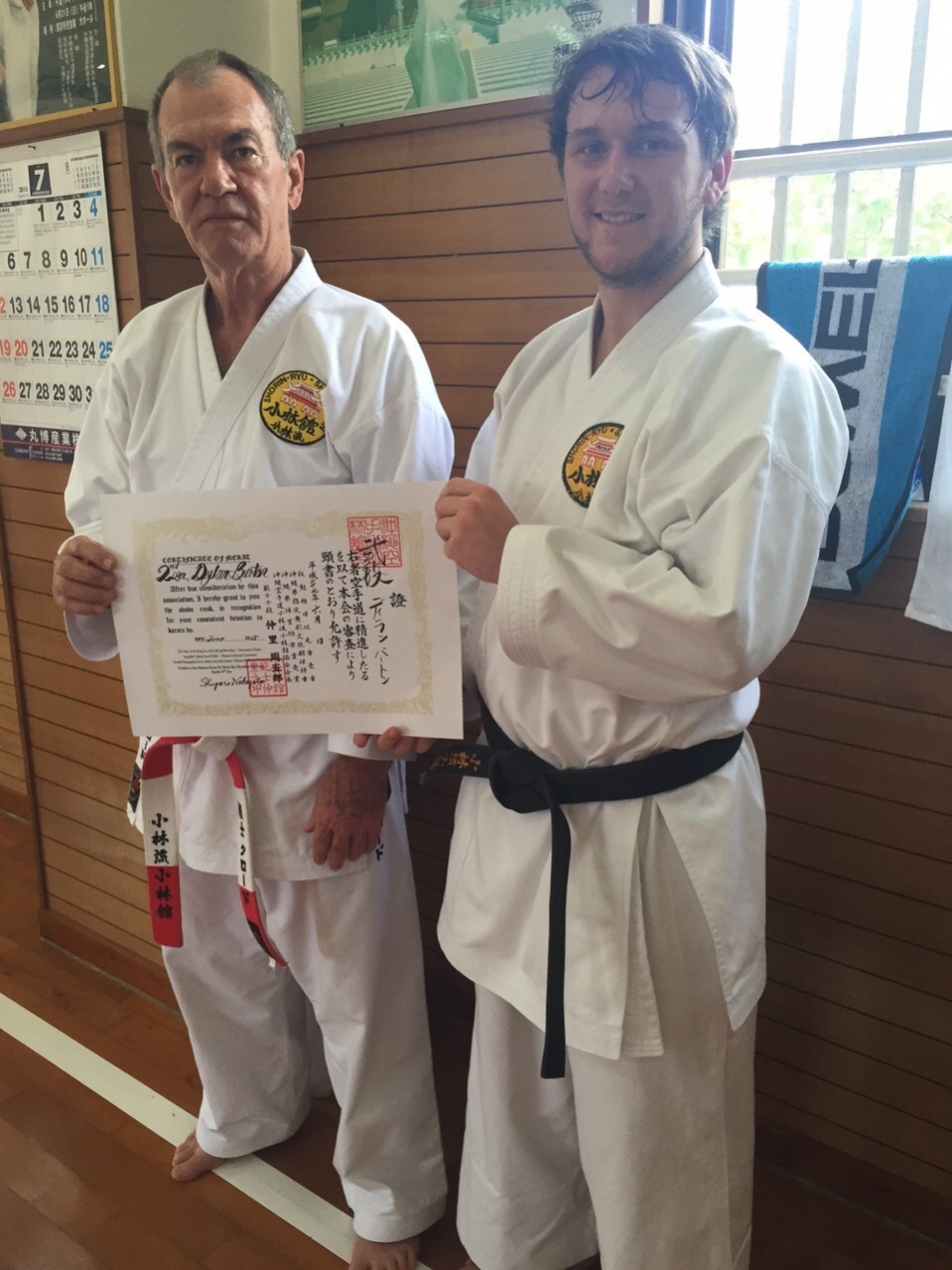 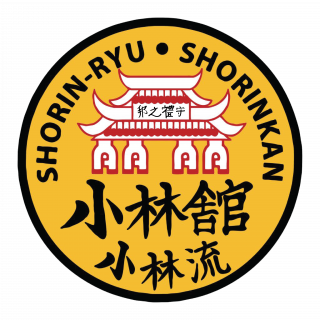 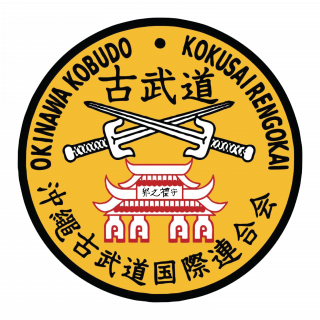